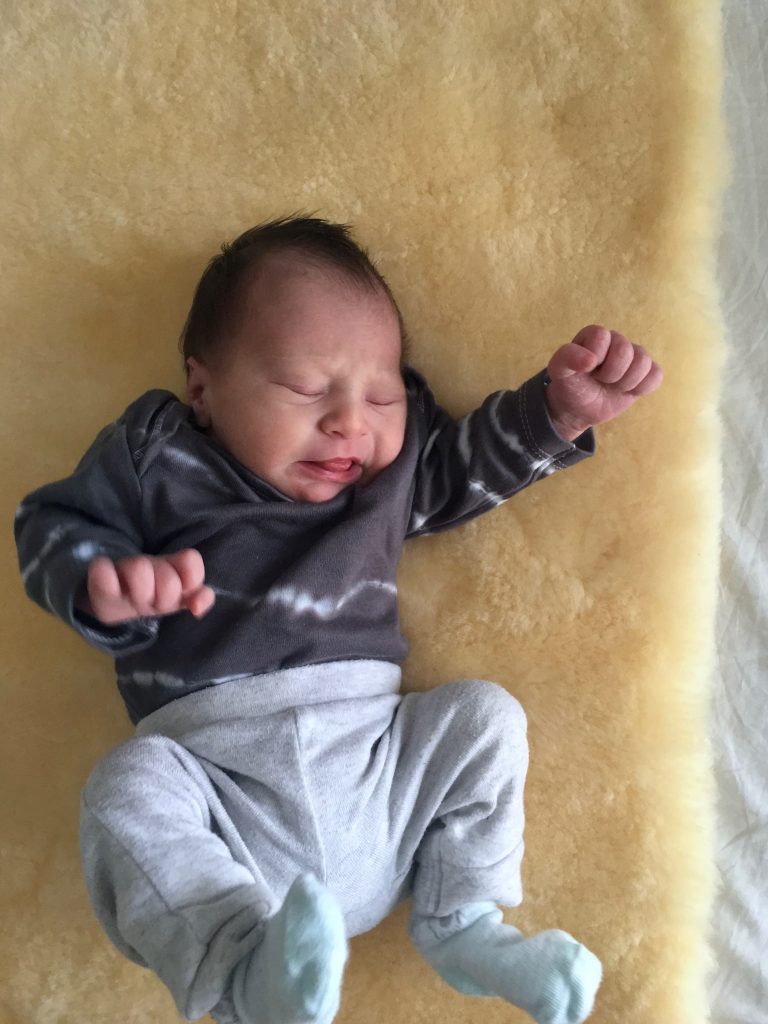 Casper Bowie Swift, our baby boy, made his grand entrance into the world a month ago on December the sixth at 4.06 in the afternoon, weighing in at 6lb 6.

He was born in water and delivered at the wonderful midwife-led centre in Bristol, Cossham Hospital. I’ll save my birth story for another time, but the experience was everything I could have hoped for – natural, intimate, intense but also very calm.

With a due date of the twelfth, we had spent much of the last nine months worrying that our baby’s birthday would be very near or even on Christmas Day. I joke about it, but I honestly would not have believed any child of mine would be early. Anyhow, at 39 weeks he was good and ready to join us Earth-side, in plenty of time to be completely oblivious to our quiet Christmas Day celebrations a few weeks later as a new family of three.

A month in and he’s already changed so much. Our diddy delicate little newborn is transforming before our eyes as he grows. His kicks are getting strong and those little headbutts he throws hurt!! I must have already kissed that head over a thousand times and have taken hundreds of photos. I want to remember all the little details of this first stage; his little hand gestures that seem to convey so much expression; the manic wild thing he becomes when he’s ready to feed; the sweet satisfied coos and sighs; the way he stares with his old-soul eyes, taking in the new world around him. 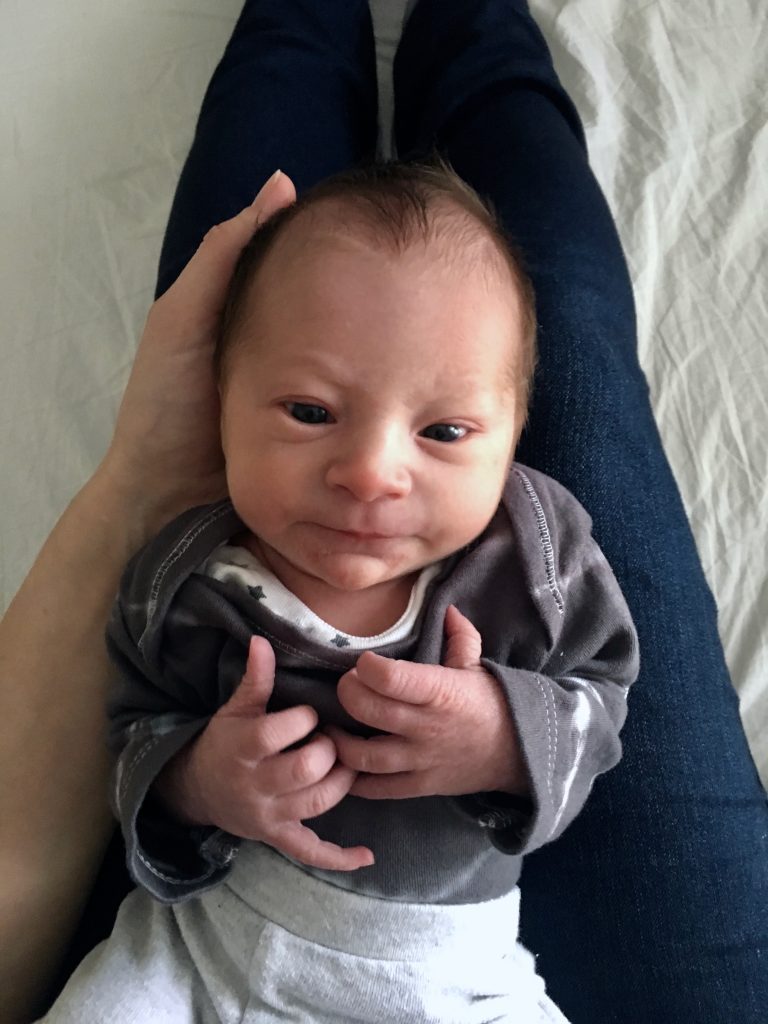 The first month of parenthood has been beautiful, raw and humbling. I’ve quickly surrendered to being woken after 45 minutes sleep, being covered in bodily fluid and having to do most things one handed. There’s been tougher times and tears but the magical moments have far outweighed the overwhelming ones.

I’m already bursting with love and pride for this little person I’m only just getting to know. As we pack away his first newborn outfits the feelings are bittersweet, I can’t believe how quickly this first month together has flown by but I’m so excited to see him grow and see my little Starman’s personality emerge.